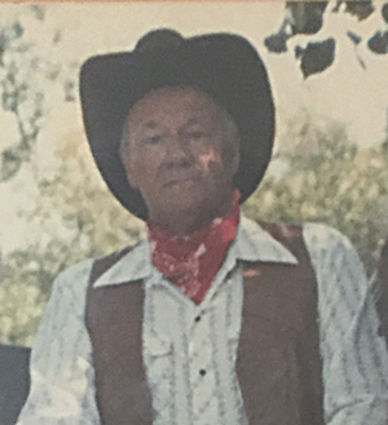 Harold Charles was born May 27, 1920, in Fairview, MT, the son of Henry and Lisa (Melby) Dahl; both came over from Norway and homesteaded north of Fairview. Harold grew up on the family farm and in 1940 he bought the farm from his dad. He attended school in Dore, ND. By the time Harold was 14, he was working dawn to dusk in the fields. He was a master at harnessing six or more horses to get them ready to work the fields all day, and taking care of them in the evenings. He only went to high school for three days before he quit school to work on the farm full time. Harold farmed with horses until 1940 when he traded them in for a tractor at Collins Implement. Harold was united in marriage with Geneva Fletcher, on Nov. 1, 1941. They farmed northwest of Dore and in 1959, moved into Fairview to make their home, but continued farming. They lived in Fairview since that time. His wife Geneva passed away in July of 1987 and Harold continued living in Fairview.

Besides his own farm, Harold bought many other farms in the valley, improving each one. He ranched sheep and cows, and raised wheat. Harold also had many other adventures throughout his life. He worked cattle in the Outback of Australia for three months. His adventures also took him to California, Alaska, and Kansas to do custom grain harvesting for several summers. Harold never lost his love of horses. He drove a wagon in the "Great Cattle Drive" between Roundup and Billings in Sept. of 1989. Harold and Geneva were avid hunters and loved riding horseback together. Harold was a much sought after dance partner and a skilled card player with an amazing memory.