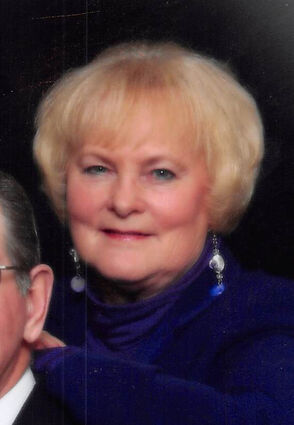 A Memorial service for Deanna Stambaugh, 79, of Sidney, Montana will be held later this spring. Remembrances, condolences and pictures may be shared with the family at http://www.fulkersons.com. Deanna Passed away on Saturday February 20, 2021 at St. Vincent's Hospital in Billings, Montana

Deanna Joan Stambaugh was born in Orion, Michigan on January 3, 1942. She was raised by Bertha (King) and Wilfred Wills in Ubly, Michigan where she graduated from high school.

Deanna dated her future husband, Don, throughout high school. They were married on May 10th, 1960. They lived in a log cabin and worked their farm in Ubly. During that time they had four boys-Bruce, Orin, Bert, and Jeff. Deanna went to beauty school and became a hairstylist shortly after they were married. Through the years Deanna and Don moved to several different states, as he followed the oilfield. After settling in Sidney, Montana in the early 1980's Deanna operated her hair salon out of the Lalonde Hotel. And when Deanna and Don returned to Michigan in 1992 she reopened her salon there. Their family grew by one member, as they took in and raised their godson Patrick McGee. In 2005 Deanna retired as a hairstylist and returned to Sidney, Montana to be with Don as he fought off cancer for a second time. Deanna, Don, and their family built their second log home at that time.

Throughout her life Deanna remained an active member of the Order Of The Eastern Stars, The Daughters Of The Nile, and was an Adult Advisor to The International Order Of Rainbow For Girls. She enjoyed traveling and camping with Don, especially family reunions and their trip to Alaska. She loved spending time with her boys, grandchildren, and family.

Deanna dabbled in painting for many years. That artwork still hangs in her home and the homes of her family and friends. Some people may have seen her paintings displayed at Arts In The Park or as entries at the Richland County Fair. She participated in National Horseshoe tournaments, enjoyed horseback riding, was a member of the bowling league, and volunteered at Caring Corner Gift Shop in the Sidney Health Center.

Deanna was preceded in death by; her husband Donald Stambaugh, her parents Wilfred and Bertha (King) Wills, and her godson Patrick McGee.

Deanna will be laid to rest next to her husband Don, in Sidney Cemetery-Sidney Montana. The family will have a Memorial Celebration of Life at a later date. Memorials or donations in her memory may be made to Shriner's Hospital or The Foundation For Community Care at this time in lieu of flowers.