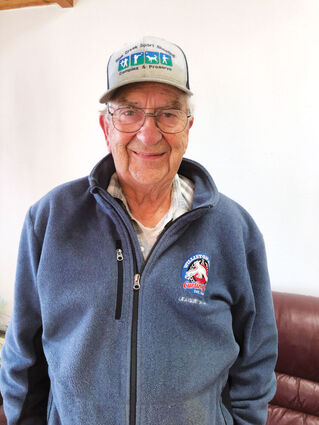 Jerry Bergman, Sidney, started his long time ag career 48 years ago with the Montana State University's Eastern Agricultural Research Center, Sidney, as a research agronomist/safflower breeder in 1973. He served in this position until 1980 when he was named Superintendent of the MSU

Eastern Agricultural Research Center, Sidney. In 1994, he became the co-director of both the Williston Research Extension Center and EARC, Sidney. He continued in this position until December 31, 2011 when he retired from the MSU university system and became the director of the WREC overseeing dryland and irrigated crop research and the pure seed production.

In 1990, following the Chernobyl nuclear plant explosion and release of radioactive materials Bergman was contacted by the U.S. government for he and fellow EARC Chemist Dr. Charles Flynn to go to Belarus to collect rapeseed seed samples to extract the oil and meal to be tested for radioactive compounds. Only certain centers in the U.S. had the analytical equipment and expertise to do the testing, Dr. Flynn and Dr. Bergman collected the rapeseed samples in Belarus and brought the samples to Sidney for oil extraction and testing. The results showed that the oil was free of radioactive compounds but the meal was not. So Belarus could grow the rapeseed on contaminated land and use the oil for biodiesel and return the meal to the soil as an amendment as the Belarus scientists had suspected. Later three Belarus scientists came to the MSU Sidney research laboratory to be trained on the laboratory equipment which was provided for them by the USA and shipped to Belarus for their continued research. "The Belarus scientists were very good scientists but lacked the technical equipment for conducting the needed research. They were not early risers," said Bergman.

The elder Bergman has served as International Chairman of the International Safflower Conferences which was held at the Williston NDSU Research Extension Center in 2001 as well as in Bari, Italy; Istanbul, Turkey, and Hyderabad, India. In Hyderabad, he was the guest of honor.

"I want to continue to support the Sidney USDA and MSU Research Centers and the Williston NDSU Center in their joint mission to improve MonDak agriculture Together the research units have over 20 scientists to conduct research for the MonDak region which encompassed over 30 million acres.

When asked about his future plans, he jokes, "Just help around the house".