Sidney Eagles Soar Above The Competition 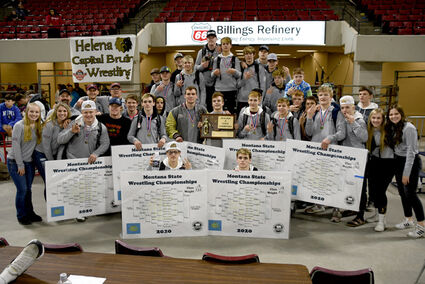 "Three-peat!" exclaimed Sidney wrestling coach Guy Melby during the team state wrestling after party at the Hampton Inn in Billings on Feb. 15. The Sidney High School wrestling team has once again taken the top Class A spot at the MHSA All-Class State Wrestling tournament in Billings for the third year in a row.

The 2019-2020 season has ended in historic fashion once again for the Eagles. The 15 of the 17 Eagle wrestlers in the tournament placed fourth or higher, a record for the Sidney squad. Going seven for seven in the consolation semi-finals, another record for the team. And finally, the overall team score of 340 points is a MHSA All-Class State Wrestling tournament record. Sidney more than doubled the second place team's points, which was Frenchtown with a score of 156.5. Miles City followed in third with a score of 145.5.

This year's Class A division at the MHSA All-Class State Wrestling tournament was led by Sidney throughout the weekend. At the end of the first day of the tournament Sidney held a commanding lead with 147.5 points. Miles City and Frenchtown were tied for second with 83.5 points each.

The second day of the tournament is where Sidney extended their lead & dominance over the competition. "We take pride in wrestling the second day better than the first," stated Melby. "Our team is built for two days of competition." This philosophy was on full display at this year's tournament as eight wrestlers moved on to the finals and every wrestler in the consolation semis won their matches with six pins and one decision. Every Sidney placer finished at or above their state ranking before the tournament. 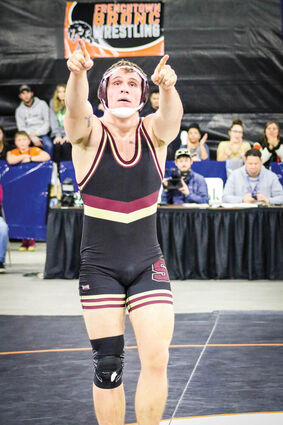 Under Coach Melby the Eagles have 11 state championships and 8 second place finishes. "This year was kind of a fairy tale deal. I'm happy for the kids, the coaching staff and the community," said Melby. The team has already begun preparing for next year's season with morning weight training. They will continue training in the off season with tournaments in Denver, Iowa and Virginia Beach.